Can't you tell it's Friday again?  I recall as a child I had a Tri-ang tricycle, similar to the following (if my memory is correct but it was a long time ago!): 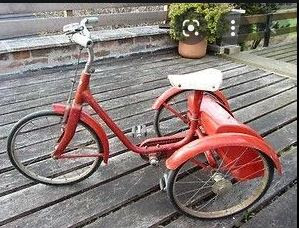 The only other time I had a bicycle was at University but that was short-lived.  I have used a bike soon after we moved to Lancashire in last 1983 but only the once.  I've no desire to get a bike as the roads are not safe for cyclists.
So what could I share with you?  Light bulb moment!  Back in 2014 the first stage of the Tour de France started in Yorkshire.  A tribute to this was the bike structure at The Coldstones Cut. 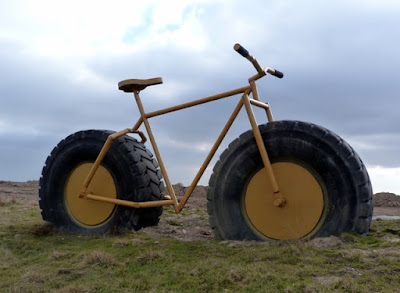 The tires are from a huge dumper truck and are about 5½
feet in diameter. 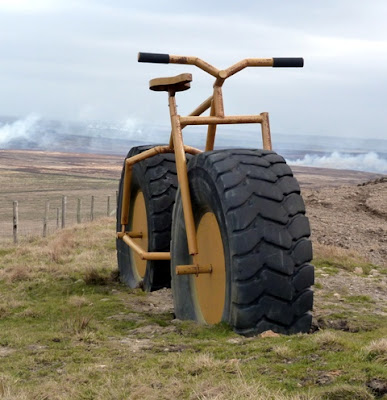 There are no pedals and I suspect it would be impossible
to ride it!
If you've not been to The Coldstones Cut, then I can recommend it.  There is a small car park (free) but no facilities at all.  From the car park it is about a 600 m climb up to the moment.  The views are amazing.  You can read more about it here. 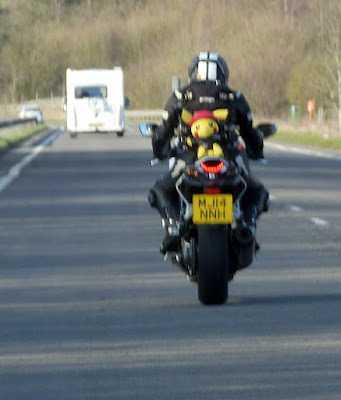 Driving up to Ribblehead Viaduct this bike overtook
us.  He seemed to have an interesting pillion
passenger, but I could not get a better photo.
Back in September 2015 Colne was chosen as the end point of Day 2 (Clitheroe to Colne, 162 km) of the Tour de Britain.  In the morning I walked through Colne taking in the sights of the race yet to come.  Then I went home to watch it on television. 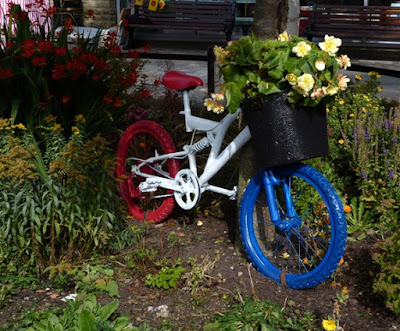 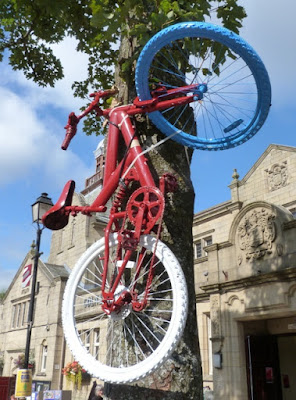 A bit of an emergency stop? 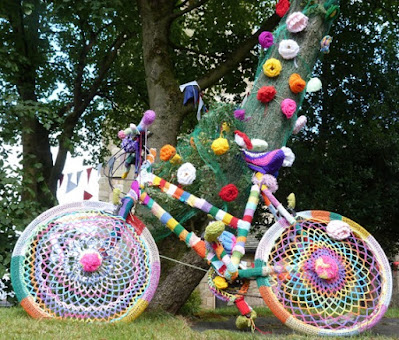 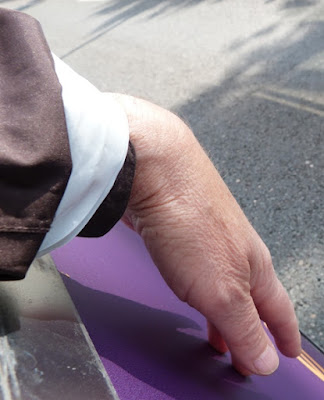 Me pretending to hit the barrier, to encourage the
lead rider to win. 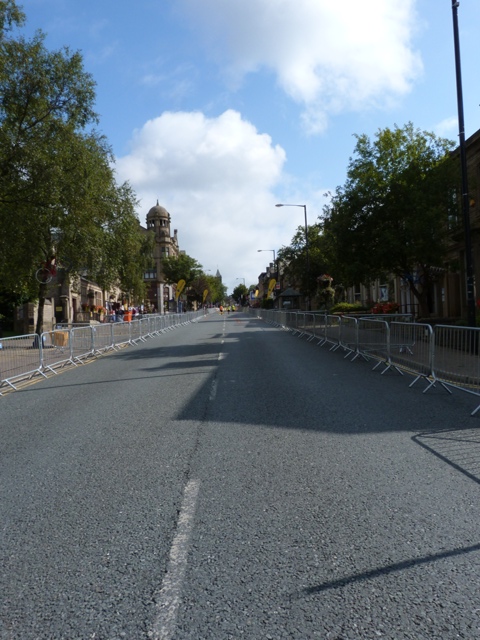 There is a very long uphill climb to the finish
line (it's not all visible here).  It was a good
race, all the more so as I could see
familiar countryside along the route.
As I watched this race on the television, I witnessed the sole lead rider going up this hill to win the stage.  Every time since then I think of his determination when I drive up this road.  Sadly he crashed out on the following stage.
Thanks again to Astrid.  Click here to return to her link page and see who else has joined in.
Bye!
Posted by Threads through my life at 09:17

Threads through my life
I have been retired for several years now and I knew I would not be bored but I did not expect to be so busy, so very busy!!! I would like to have at least 48 hours in a day.

Other blogs I read